kubb is played on a rectangular pitch 5 metres by 8 metres. Corner stakes are placed so that a rectangle is formed. The center stakes are placed in the middle of the sidelines (long edges of the rectangle), which divides the pitch into two-halves. No other markers are required to demarcate the field's boundaries, although markings that do not interfere with game play are allowed (such as chalk lines). The king is placed upright in the center of the pitch, and the kubbs are placed on the baselines (short edges of the rectangle), five kubbs on each side equidistant from each other. Kubbs starting the game on the baseline are referred to as base kubbs. The baseline should run through the center of the kubbs.

Kubb is played between two teams, which may or may not consist of only one person per team.

There are two phases for each team's turn:

Team A throws the six batons (called Kastpinne/Kastpinnar in Swedish) from their baseline, at their opponent's lined-up kubbs (called Baseline kubbs). Throws must be under-handed, and the batons must spin end over end. Throwing batons overhand, sideways or spinning them side-to-side (helicopter) is not allowed.

Kubbs that are successfully knocked down by Team A are then thrown by Team B onto Team A's half of the pitch, and stood on end. These newly thrown kubbs are called field kubbs. The key objective is to keep them close to each other (as to be able to hit more than one with a single throw of the batons (Kastpinnar)). The player that tosses the kubbs is called the inkastare. 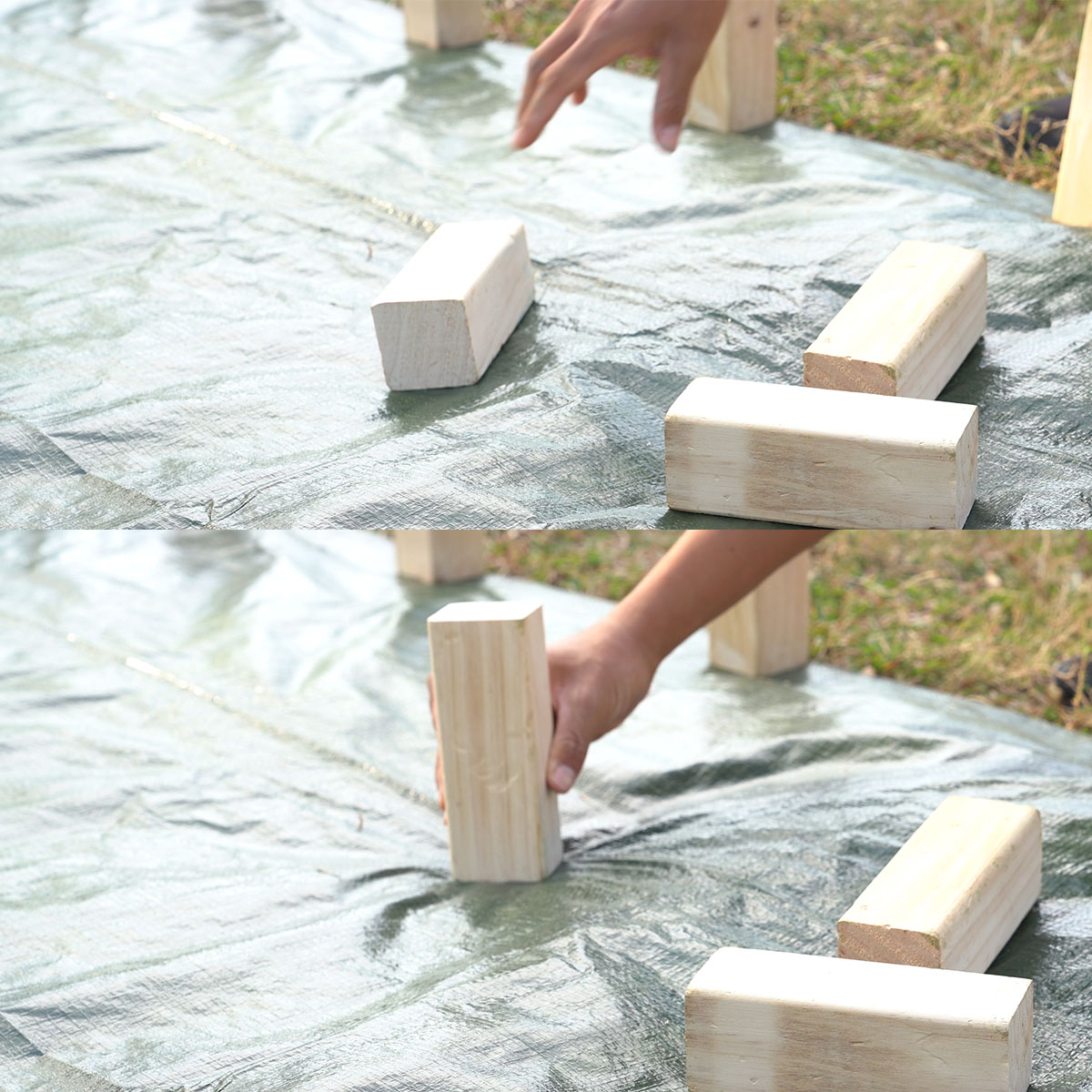 Play continues in this fashion until a team is able to knock down all kubbs on one side, from both the field and the baseline. If that team still has batons left to throw, they now attempt to knock over the king. If a thrower successfully topples the king, their team has won the game.

If at any time during the game the king is knocked down by a baton or kubb, the throwing team immediately loses the game. 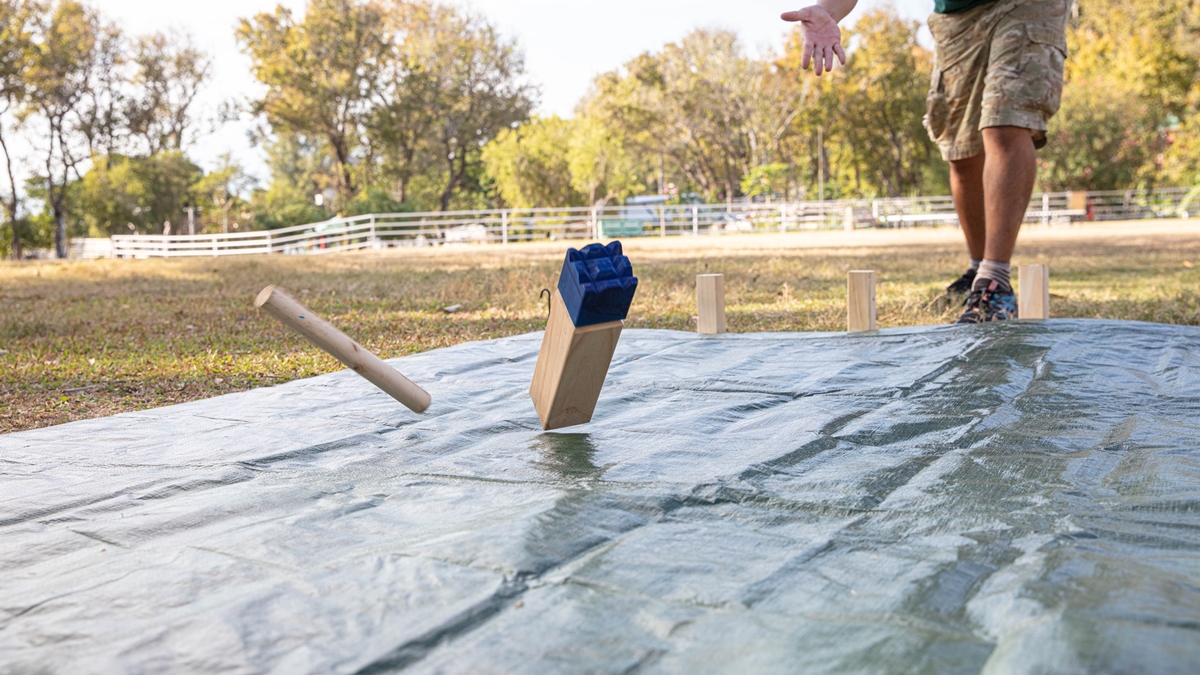 ( A thrower successfully topples the king, their team has won the game)