Each team holds three "Balos", and one member from each of the red and blue team who stands next to a ladder ball stand. 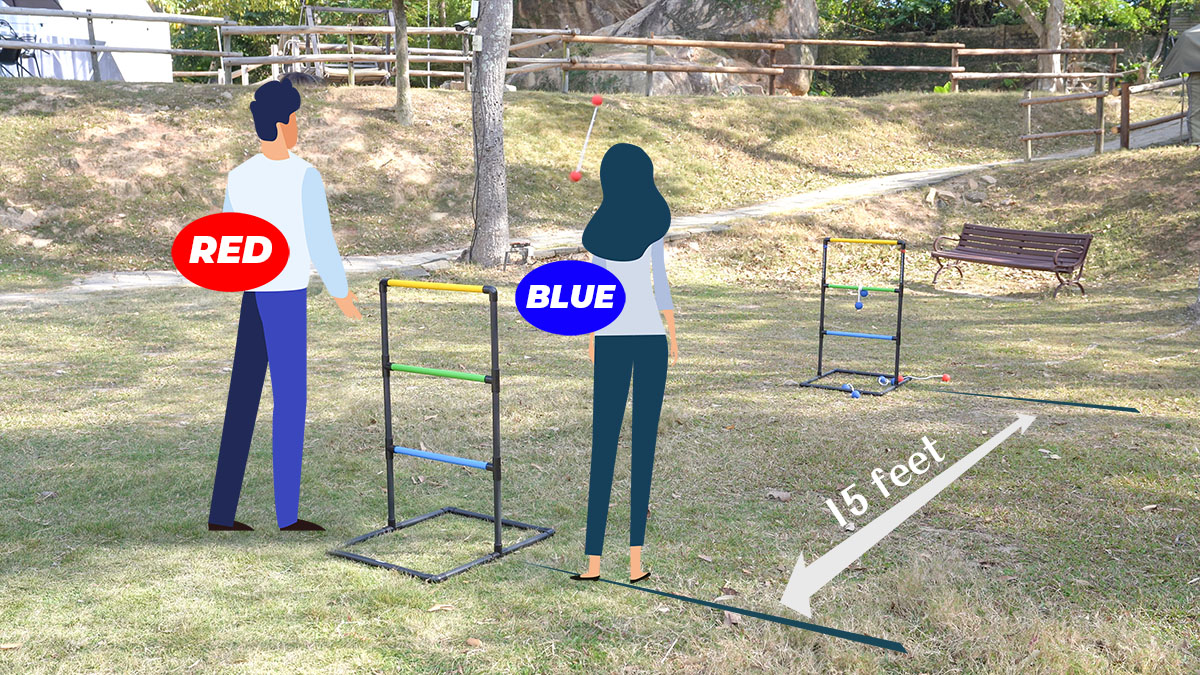 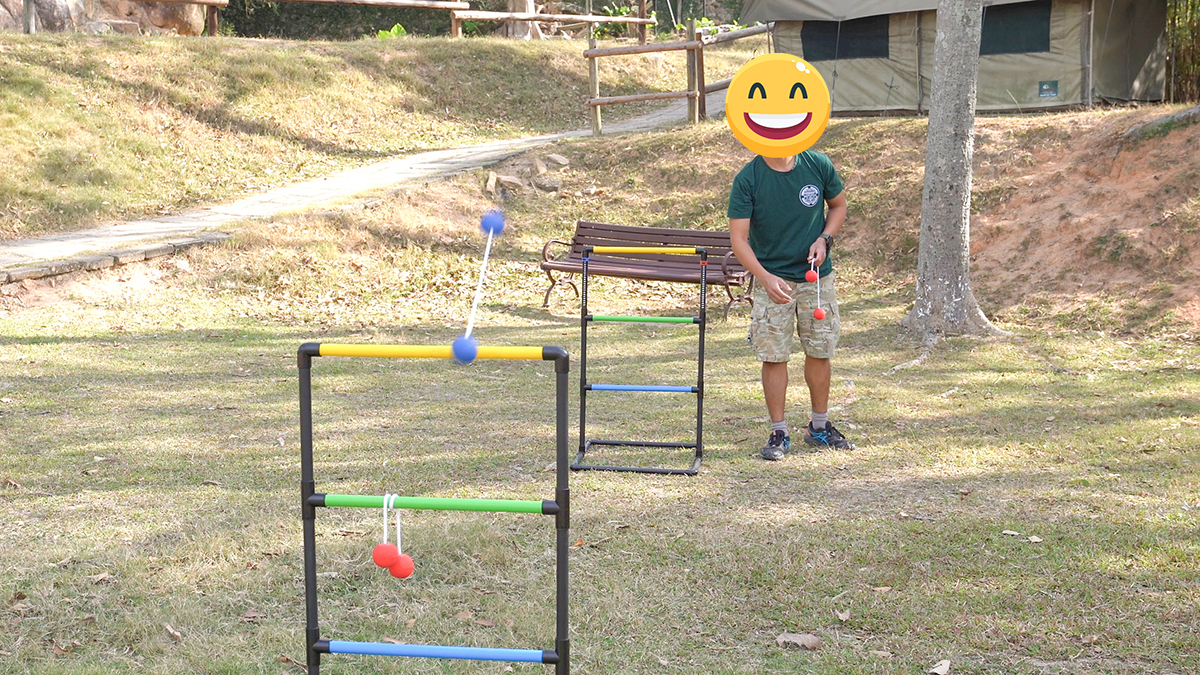